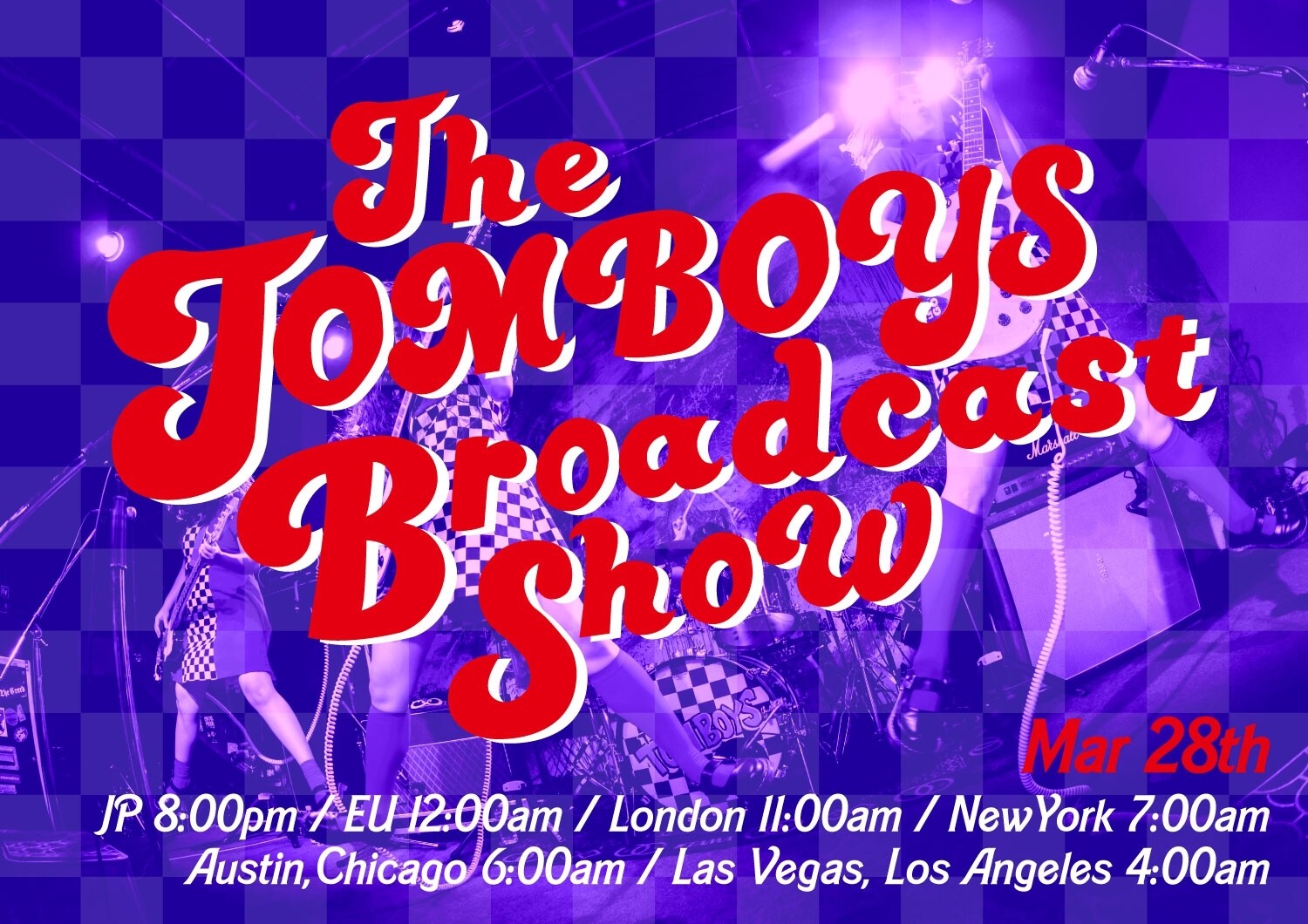 Kobe's own rock 'n' roll band "THE TOMBOY" is ready to rock the world!
With a successful European tour including tracks produced by Glen Matlock from the Sex Pistols, and a 10-city Japanese tour under their belts, the inevitable cancellation of their appearance at SXSW and their US tour is not slowing them down.
Will they be able to live up to their group name as the "cheerful and energetic girls" to shake up their very first streamed performance? Enjoy!

SORRY, this system is not compatible with your browser. We suggest you use one of the following browsers (in order of recommendation)